Twenty years ago, like most new seminary graduates, young and idealistic, I found myself a newly-minted rabbi eager and excited to enter the helping profession. Armed with extensive training in ritual, history, religious law, and text, I was about to discover that what I needed to succeed was not taught in a book or a classroom.

I will never forget the first time a couple asked to meet with me to discuss their marriage. I was all of twenty-two years old, leading my first congregation in Des Moines, Iowa. As a newlywed myself, I felt eager to inspire them with heartfelt compassion and Biblical anecdotes about healthy relationships.

However, when they opened up, revealing years of bitter fighting, emotional abuse, and infidelities, I completely froze. This scenario was not in my trusted rabbinic handbook.

While I can recall the fear of not quite knowing what to say, I was even more terrified that whatever came out of my mouth next, could in fact, make things far worse for this couple. Thankfully, I had the frame of mind to dodge a bullet and refer the couple for professional marriage counseling.

Over the years, this same painful scene unfolded in front of me again and again. I quickly learned the important role that faith leaders play in the lives of couples that are hurting, and the need to offer compassionate support, while building meaningful bridges between the faith and mental health communities. 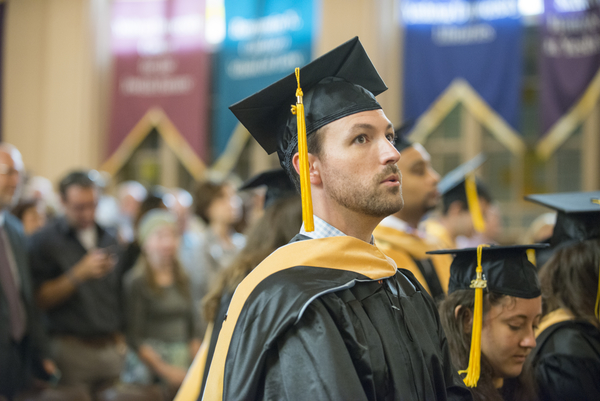 These experiences not only introduced me to the powerful role that quality therapists play in the lives of couples, but I was inspired to pursue my Masters and PhD in social work, as well as Level-3 Marriage Training in the Gottman Method. This combination enabled me to uniquely merge my rabbinic experiences and pastoral skills with research-based clinical knowledge, enabling me to bring added support to faith-communities that are often overlooked.

Throughout the five years of my doctoral research, I had the privilege of surveying and analyzing data from hundreds of Orthodox Jews who had divorced. My goal was to learn about their help-seeking behaviors, and the extent to which they turned to their rabbis when confronting a marital hardship.

My research found that 72% of both men and women sought pastoral support from their rabbi when their marriage was in trouble. As a result of this data, we now have a far more concrete understanding of how important it is to train and empower faith leaders with the skills and knowledge to be able to support couples in crisis.

Historically, the mental health and religious communities have had an unfortunate and bumpy relationship. Psychology giants such as Freud and Ellis frequently promoted the notion that people of faith must certainly be suffering from mental illnesses. Why else would a person illogically put their belief and hope in an invisible being they called God?

Although these sentiments have alienated religious populations and even created barriers to those needing support, in recent decades new research has shown that religious communities share the same rates of mental illness as the general population. If anything, religious communities have demonstrated elevated well-being factors, as well as increased avenues of socio-emotional benefits provided by their religious outlook, community of support, and access to faith leaders.

In January of 2018, I confronted this sensitive intersection of faith and therapy by publishing an article in the Journal of Religion & Spirituality in Social Work.

In it, I shared six personal case studies where the outcome of each would differ based on whether I was wearing my rabbinic or clinical hat. As each profession has its own set of values and goals, the therapeutic outcomes resulting from each modality can drastically differ.

This does not mean that pastoral support is not helpful, or that clinical support is better. It simply means that rabbis and therapists are different.

For instance, when faith leaders confront a painful infidelity, often characterized as a sin, they may be quicker to help the couple explore how to peacefully end their marriage. In contrast, when I work with couple as a marriage therapist, I help them explore the road leading to the affair and introduce a healing modality, such as the Gottman paradigm of Atonement, Attunement, and Attachment taught in Treating Affairs and Trauma. This research-based clinical approach enables me to help the couples salvage and rebuild a relationship that was devastated by an extramarital affair.

For a couple to only seek religious support is to miss out on key training, time-tested research, and proven interventions, such as those provided by the Gottman Method. Whereas if a religious couple only sought clinical support, they may be missing out on valuable opportunities to receive added pastoral and congregational resources that may further bolster them spiritually and emotionally. Therefore, for couples to receive the maximum support in times of trouble, they would benefit most from a combination. 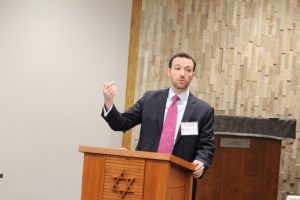 Now, as a rabbi turned marriage therapist, I find myself living in two wonderful worlds, continuing to build bridges between both. I am now able fuse the wisdom of my religious tradition to meet today’s marital challenges, while simultaneously bringing Gottman’s research deeper into religious populations by teaching the Seven Principles Program in a synagogue setting.  This is another incredible tool to proactively teach couples the proven skills needed to enjoy a happy and enduring marriage, and hopefully find success without needing therapy.

For couples, however, that may need therapy, but are still held back by fears and concerns of stigma, I’m gratified that they are willing to reach out to me in their quest to find a trained therapist who also possesses sensitivities to religious outlooks and cultural considerations.

In addition to my private practice, thankfully, this twenty-year road has now brought me full circle, where I help train the next generation of rabbis in a reimagined Pastoral Psychology program at Yeshiva University. In this innovative model, rabbinic students are taught the latest research and theory behind how to successfully support couples in crisis, and how and when to refer to clinical experts.

Professional actors are now hired to role-play the counseling experiences with young rabbis, creating an immersive learning opportunity designed to better prepare them for what they will inevitably confront in the field. This level of training is a gift that I wish I had as a young and idealistic rabbi looking to take on the world.

At the end of the day, both faith-leaders and therapists  bring tremendous support to couples in crisis. However, to truly maximize the benefit, a couple with a strong faith identity should feel comfortable seeking both avenues of help. Doing so allows them to gain the highest levels of support during a difficult chapter in their marriage and rebuild with a great team rallying around them.

This article was originally featured on the Gottman Institute Website.

Discovering the Secret to Happiness: Just Look Inside