Finding Yourself in a Disappointing Marriage: How to Cope

In 2007, we were transformed from a world with no iPhones to a world in which every person was carrying this brilliant little device. While it was not perfect, it was like going from zero to seventy. With each new update and release, we were led to salivate over what was yet to come. As newer models felt exponentially better than the previous, we assumed that each new release would carry that same initial thrill of going from zero to seventy, despite the fact that the updates are now only incremental improvements on this genius piece of technology. Yet, each new release still leaves us feeling disappointment over the fact that the initial thrill we once felt is no longer there.

In my work with relationships, I often find that people fall into the same trap. Singles that are looking for the perfect mate often decline dates in the hopes that a better version will soon come along. Those who are already in committed relationships often fail to appreciate who they have, as they wonder if someone better might exist.

It is this same hyped iPhone expectation which leads to the demise of countless relationships. It is what I call the “midlife crisis mentality”. It is an immature bug of unrealistic expectations, which, when planted in our minds, demands that we wonder about other possibilities, rather than savor what we have. It is what leads a person to impulsively quit their job, buy a new car, search for a new spouse, or undergo radical cosmetic surgery. On a societal and individual level, we must be cautious of this trap, lest we find disappointment in all that we cherish.

So what is the solution to the “midlife crisis mentality”? It is simple – bring appreciation into the relationship!

Instead of looking at what features are still missing, stop and consider how many wonderful ones we already have. When we can turn to an imperfect spouse, child, parent or friend and love them unconditionally, that is when the relationship becomes rock solid. 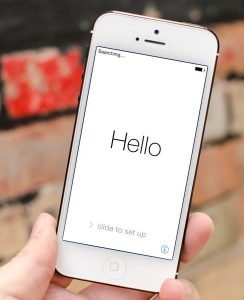 In 20 years from now, when the iPhone 29 is out, what will it look like and what will it do? Chances are that 90% of it will resemble what we currently have! Will it get thinner, faster and have a longer battery life? Sure it will. But even with a few new bells and whistles, the fundamental pieces are already in place today. It is that core recipe which must be fully appreciated.

The same is true in every relationship. I believe that just about any two people could make their relationship work – if they want to!  While there are periods of euphoric highs, with romance and butterflies, the day-to-day ingredients for every happy relationship are already there. Wondering if you’ve made a mistake, or asking if the grass is greener on the other side can be a waste of good energy that could otherwise be put back into appreciating what you already have and making the relationship even better.

It all starts with appreciation and gratitude for what you have. Then, the ongoing work is about managing realistic expectations, rather than living for the next fantasy. The research of Dr. John Gottman has found that when one partner begins thinking about how much better things could be with someone else, it can quickly lead to the beginning of the end of the marriage, such as an emotional or sexual affair.